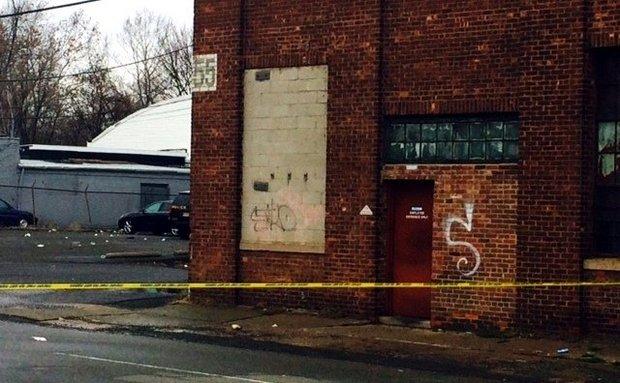 Police are investigating two homicides at a party in Paterson, New Jersey.

Law enforcement indicated that the fatal shootings occurred around 3:44 a.m. at a party in Paterson, NJ. The site of the party was a large brick warehouse located on First Avenue. The warehouse is often used for parties, according to neighbors in the area.

The Paterson Police Department received a report of gunshots being fired and immediately dispatched officers to the area. When police arrived at the scene, they encountered approximately 30 people attending the party.

The victims were both from Paterson NJ. One of the victims was 24 years old, while the other victim was 26 years old. They were rushed to St. Joseph s Medical Center, but doctors were unable to save them; the victims were pronounced dead shortly after arriving at the hospital.

Paterson police are actively investigating the homicides. At this time, Paterson NJ detectives have not identified a suspect in the shootings.

A neighbor who lives near the warehouse where the party was held told police that he heard a man and a woman arguing loudly shortly before the shooting. However, the neighbor did not get a good look at anyone because he was afraid to go outside his residence.

Police also spoke with a Paterson NJ woman who reportedly attended the party. She left the warehouse not long before the shootings. The witness told police that she and her boyfriend decided to leave the event early because he just felt uncomfortable.

If investigators are eventually able to identify a suspect in the case, it is likely that serious criminal charges for murder would follow. As set forth by N.J.S.A. 2C:11-3, murder is the most serious crime in the NJ Criminal Code. A first degree murder conviction could lead to life imprisonment in state prison, with a minimum sentence of 30 years behind bars.

For more information about this case, read the NJ.com article entitled “2 Killed in Shooting at Paterson Party, Police Say.”