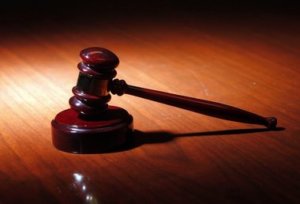 A Paterson doctor recently admitted his role in a bribery scheme that involved more than 50 other people. The suspect, Aiman Hamdan, is a 50-year-old man who lived in Wayne, NJ and ran a cardiology practice with his wife, 39-year-old Kristina Hamdan. Aiman Hamdan was charged with multiple crimes after investigators determined that he took $500,000 from Biodiagnostic Laboratory Services LLC (BLS), a medical testing firm in Parsippany, NJ. The money was given to Hamdan on the condition that he refer patient blood samples to the firm. After accepting the bribe, Hamdan referred around $53,000 worth of blood samples to BLS. The Parsippany medical testing company then filed claims with both Medicare and private insurance companies, resulting in additional fraud.

To date, 53 people have been convicted, or pleaded guilty, in connection with the BLS bribery and medical insurance fraud. According to federal prosecutors, the culprits were responsible for millions of dollars in payments and fraudulent claims. Hamdan, the Paterson cardiologist, was one of the individuals charged with violating federal law. He ultimately avoided trial in the case by reaching a plea agreement with the U.S. Attorney s Office. According to Acting New Jersey U.S. Attorney William E. Fitzpatrick, Hamdan agreed to plead guilty to accepting bribes.

Both Aiman Hamdan and Kristina Hamdan are headed to prison. Additionally, the Hamdans will both have to pay restitution in the amount of $1.2 million by the time they are sentenced on February 14, 2018. If Aiman Hamdan and Kristina Hamdan had contested the very serious criminal charges against them and gone to trial in US District Court, they could have avoided punishment altogether or they could have been sentenced to decades in prison. Instead, by accepting a plea deal from federal prosecutors, the Hamdans made it more likely that they will each be sentenced to just five years in prison. It is still possible, however, that Kristina Hamdan will wind up spending decades behind bars. That s because she pleaded guilty to multiple counts of fraud that, combined, carry a maximum punishment of 20 years in federal prison.

Contact an Experienced Paterson Criminal Attorney About Your Fraud Charges

Alissa Hascup is an experienced criminal defense lawyer who represents clients facing theft and fraud charges in Paterson, Wayne, and everywhere else in Passaic County, New Jersey. If you or a loved one has been arrested and charged with fraud, you should contact Attorney Hascup immediately.