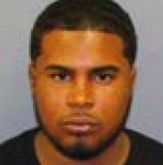 Paterson police recently arrested a local man who may have had a role in a non-fatal shooting that resulted in two people sustaining serious injuries. The suspect is 21-year-old Jonathan Cedeno from Paterson, New Jersey. Cedeno was allegedly involved in a shooting around 620 Main Street in Paterson. Two people suffered gunshot wounds in the violent incident: a 21-year-old Paterson man and a 27-year-old Paterson man. Both shooting victims later transported themselves to St. Joseph s Regional Medical Center in Paterson, where they received urgent medical care. Doctors at the hospital later said that the victims were expected to survive their injuries.

The Paterson Police Department and the Passaic County Prosecutor s Office investigated the shooting incident and soon identified Cedeno as a suspect in the case. However, it took some time before authorities were able to track down Cedeno and place him under arrest. He was reportedly arrested without incident.

If Cedeno is ultimately convicted on any of the felony-level offenses, he would almost certainly be sentenced to time behind bars in New Jersey State Prison. In fact, as set forth by N.J.S.A. 2C:12-1(b), a person who uses a deadly weapon such as a handgun to assault someone else can be charged with a second degree crime. A conviction for second degree aggravated assault could result in a sentence of 5-10 years in prison. Moreover, because the No Early Release Act (NERA) applies to certain violent crimes, including aggravated assault, a conviction in this case would mean that Cedeno must remain in prison for at least 85% of his sentence before becoming eligible for release on parole.

One factor in any sentence handed down to Cedeno if he is convicted or pleads guilty would be his prior criminal record. According to authorities, Cedeno previously faced criminal charges for allegedly being involved with a drug distribution network that trafficked heroin in Paterson, NJ.

Have you been charged with a violent crime in Paterson, Wayne, Clifton, or anywhere else in Passaic County, NJ You face potentially severe penalties that may include prison time. That s why it is imperative that you talk to a qualified criminal defense attorney immediately. Alissa Hascup is an experienced criminal lawyer who knows how the local courts work in Passaic County and she can defend you against your assault charges. Contact Attorney Hascup today to explore your legal options.