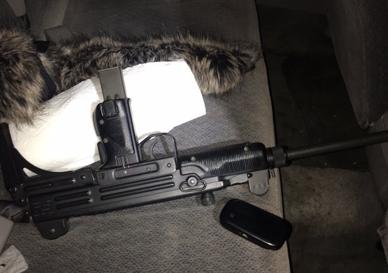 Police in Paterson New Jersey arrested three men who were allegedly involved in a shooting on a city street.

The shooting incident occurred around 7:10 p.m. The Paterson Police Department received a 911 call about shots being fired on Rose Street, in an area near Roberto Clemente Park in Paterson, NJ.

When Paterson cops got to the scene, the suspects were already gone. Police officers spoke with witnesses, who said that the suspects fired five gunshots and then drove off in a Toyota Corolla. Little Falls officers subsequently canvassed the area and soon located the car on East 19th Street in Paterson.

During a search of the vehicle, Paterson police officers allegedly found an Uzi submachine gun. The assault rifle was reportedly loaded with a 25-round magazine.

For further information about this case, read the NJ.com article, “Uzi Loaded with 25 Rounds Seized in Traffic Stop.”