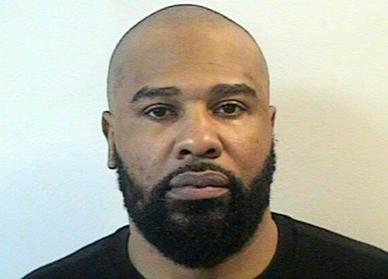 Police in Clifton NJ arrested a man accused of committing an armed robbery and then ramming police with his car while trying to escape.

The Clifton Police Department received a call at around 12:40 p.m. about a possible break-in at a residence located on the 200 block of Washington Avenue in Clifton, New Jersey. Law enforcement was told that someone had used a crowbar to enter the house.

While Clifton NJ cops were on their way to the scene, the suspect allegedly began to flee in a motor vehicle. So witnesses followed him in their own car and dialed 911 again. The witnesses told police that the suspect was aiming a handgun at them.

A Clifton patrol officer soon arrived and located the suspect traveling on Route 46 East. The suspect then allegedly rammed the police patrol vehicle and disabled it.

Several other Clifton police officers continued to pursue the suspect as he traveled north on Route 20 and then turned onto Route 80 east.

The police chase eventually ended when the suspect crashed his car into a divider on the highway. At that point, the suspect allegedly got out of his motor vehicle and made a run for it. Police officers followed him on foot and ultimately captured him in the nearby woods.

The suspect, a 42-year-old Passaic resident, has been charged with multiple crimes, including armed robbery, burglary, possession of burglar tools, aggravated assault, unlawful possession of a weapon, resisting arrest, and eluding police.

After being arrested and processed, the suspect was remanded to the Passaic County Jail in Paterson, New Jersey.